How many goals has Osimhen scored for Nigeria?

The Napoli striker is among the ten highest Super Eagles goal scorers, having netted four times for Jose Peseiro’s men on Monday 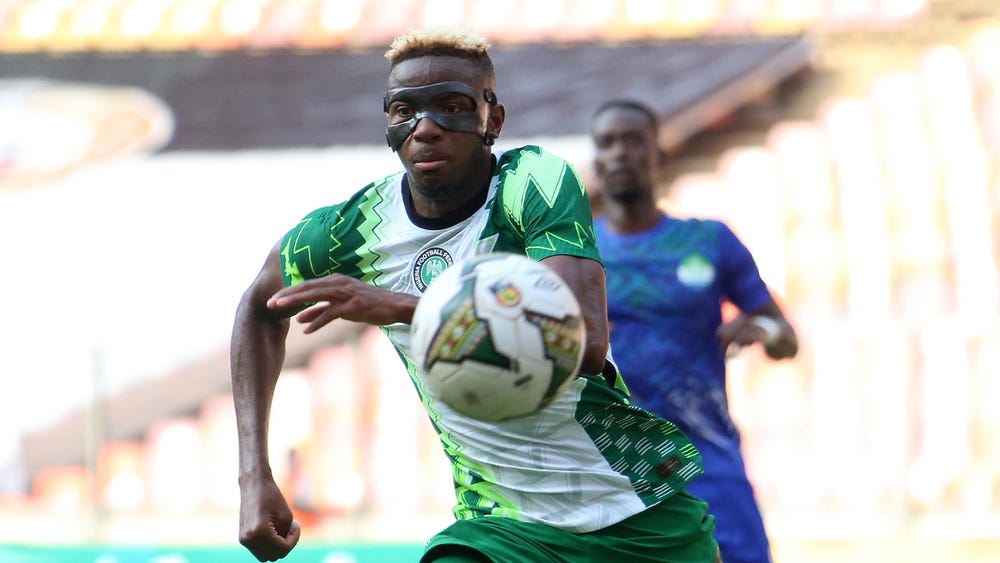 Apart from becoming the third Super Eagle to score that many in a single game after Elkana Onyeali and legendary Rasheed Yekini.

How many international teams has Osimhen scored against?

He also cemented his legacy as an effective goalscorer in international football, boasting of a goal ratio of 0.68, even better than Yekini's 0.6.

Sao Tome and Principe are the international team that Osimhen has scored most against during his career, with four goals put into their net. He has scored three times against Lesotho and twice versus Cape Verde as well as Sierra Leone.

He has scored once against Ukraine, Benin Republic, Liberia and the Central African Republic.